Most Causes Of Truck Accidents Are Predictable And Preventable

Truck Accidents Can Be Horrific Due To The Weight, Size, And Speed Of Trucks

Regardless of what you may hear from the industry, truck accidents don’t just happen – they mostly occur due to human error or just plain negligence, according to Tim Riley, a noted truck accident lawyer in Houston and founder of Riley Law Firm. Truck wrecks are almost always preventable and too many of these preventable wrecks create victims whose lives will change forever. Anyone, including a truck driver, can make a mistake.  The trick is to identify the mistakes to prevent their repeat occurrence and to hold folks accountable when they make mistakes that cause serious injury and death.  Because if we don’t, we pay the price.  If we don’t recognize and address the problems and hold negligent truck drivers accountable, we put all our families at increased risk every time one of them is on a roadway. How Many Deaths Are Caused By Trucks?

As reported by the Insurance Institute for Highway Safety (IIHS), truck accidents account for 4,000 deaths per year on the nation’s highways, 4,014 in 2020, the latest reported year.  And the number is growing.  The 2020 figure represents a 28% increase in truck accident fatalities over the past decade, a staggering increase.

How Many Injuries Are Caused By Truck Wrecks Each Year?

As per public reports, trucking accidents in the United States cause approximately 130,000 non-mortal injuries every year. Because of the size, weight, and speed of the trucks many of these injuries are permanent and disabling.  But even what at first perception may appear to be a “minor injury” can result in a lifetime of pain, medical expenses, and loss of the ability to work or to stay involved in many enjoyable family activities.

What Are The Most Common Causes Of Truck Wrecks?

What Are The Most Common Types Of Truck Accidents?

Rear-end collisions, in which trucks run into the back of vehicles they are approaching, are usually caused by the truck driver’s excessive speed and/or insufficient following distance of the vehicle ahead. These types of accidents are almost always the fault of the truck driver and experienced truck accident attorneys will have solid cases for any victims in a personal injury lawsuit.  Frequently, competent plaintiff lawyers and their experts are able to retrieve “Electronic Control Module” data, sometimes referred to as “black box data,” from the truck’s – and sometimes the car’s – on-board computer, to prove the speed of the truck rig and/or car immediately prior to the point of impact.  That is one of the reasons it is important to retain an experienced truck wreck lawyer as soon after the wreck as possible.

On a surprising number of occasions, rear-end collisions occur when truck drivers stop or slow to a crawl in the right-hand lane of moving traffic.  This is done sometimes for mechanical reasons, but more often it is done by the truck driver either to pull into a pickup or drop-off location or to wait for further directions from the dispatcher.  It is highly dangerous and illegal for a trucker to block a moving traffic lane, particularly if they do not put out cones or flares to warn oncoming traffic.  While the stopped truck is huge and looming, the fact is that motorists are not expecting to see a large rig stopped in a moving traffic lane and often they simply cannot appreciate the danger until it is too late to stop.  Sadly, these wrecks usually cause major injury or death to the driver and/or passengers of the smaller vehicle because that vehicle is moving at highway speed and running straight into the back of a very heavy and immobile truck rig.

Jackknife accidents are usually caused when the truck driver brakes too quickly or too hard and the heavy trailer cannot slow down as fast as the tractor.  The trailer will swing or slide to one side or the other and the driver loses control of the truck. These types of accidents are common during bad weather and when drivers try to turn their rigs too abruptly. Jackknife truck accidents are responsible for many injuries and deaths.

Sideswipe wrecks occur when another vehicle, usually a much smaller car, is traveling in the same direction as the truck, in the lane to the left or right of the rig, and the truck driver changes lanes without ensuring the lane is clear.  Sometimes the truck driver knows the lane is not clear but assumes a smaller vehicle occupying that lane will be able to brake and will yield to the larger truck, which they often simply cannot do or cannot do when abruptly confronted with a huge rig moving into their lane.  This is a very dangerous wreck not only because the smaller vehicle can sustain a significant impact, but also because the driver of the smaller vehicle can be forced into other lanes of traffic without warning, putting not just herself and her passengers at risk, but also putting other motorists and pedestrians at grave risk.

Wide turn accidents occur when a truck driver is faced with a tight right-hand turn. Because these large truck rigs cannot physically make an acute turn, they often swing their truck wide to the left to give themselves more room to turn to the right, crowding same-direction traffic in the inside lane as well as oncoming traffic. Drivers will often reflexively swerve to avoid the unexpected movement of the truck into her lane, creating an additional hazard.  The bottom line is that this unsignaled wide-turn maneuver can cause a wreck with other vehicles in a number of ways if the truck driver is not alert and does not wait for the traffic to clear and properly signal his intent.

Truck rollover wrecks happen when the driver is going too fast when going around a curve or trying to make a turn and the truck “rolls” onto its side. Sometimes a rollover is caused when the cargo is improperly loaded and shifts during a turn. Regardless, a rollover accident is extremely dangerous to any vehicle or pedestrian in the vicinity because a heavily loaded truck can crush a car in a rollover. 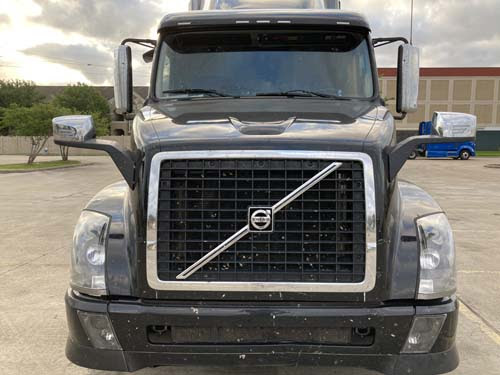 Tim Riley has 30+ years as a personal injury attorney and has represented numerous victims in truck accident lawsuits. “There will always be reckless, negligent, and apathetic people in the trucking industry. They should be forced to compensate those who have been injured or killed due to their irresponsible behavior. Sometimes they are sent to prison. But a personal injury lawsuit will force the responsible parties to face a jury and pay for the medical costs, lost income, and pain and suffering of the victims, which ultimately makes the roads safer for everyone. That is my job, to help the victims and families repair their lives and move forward,” stated Mr. Riley.